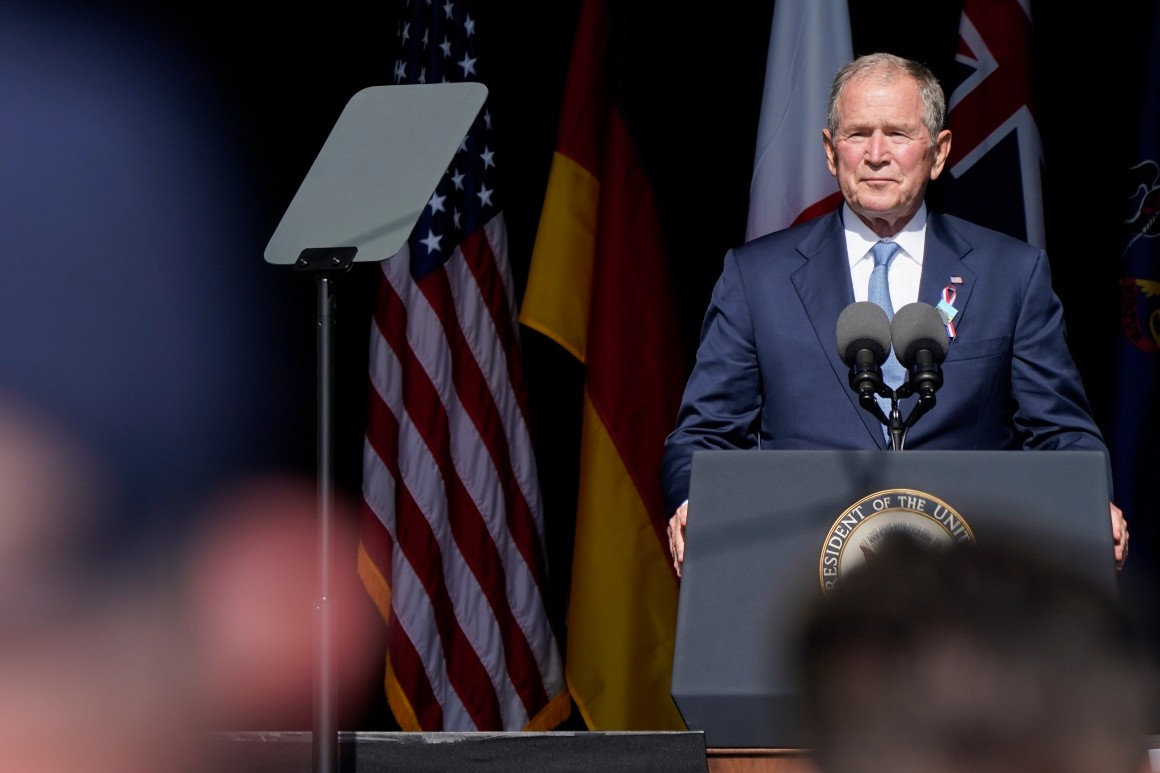 The 43rd president condemned the actions of the terrorists two decades ago, and warned of the threat of domestic terrorism in the U.S. today.

“We have seen growing evidence that the dangers to our country can come not only across borders, but from violence that gathers within. There is little cultural overlap between violent extremists abroad and violent extremists at home, but their disdain for pluralism in their regard for human life,” he said. “It is our continuing duty to confront them.”

The former president recognized growing divisions in the country’s current politics and encouraged the same unity that coalesced following the assault on the country 20 years ago.

“So much of our politics has become a naked appeal to anger, fear and resentment,” Bush said. “On America’s day of trial and grief, I saw millions of people instinctively grab their neighbor’s hand and rally to the cause of one another.”

He acknowledged that the military efforts his administration initiated in response to the attacks have “led to debate,” but he maintained that armed forces protected “fellow citizens from danger.”

“Nothing that has followed, nothing, can tarnish your honor or diminish your accomplishments,” Bush said of veterans of the ensuing Afghanistan and Iraq wars.